Vallory’s book is doubtlessly the best book that I have read on modern Scouting and Guiding.

This is of course a rather broad statement to make, and a part of the key is in the adjective, modern Scouting and Guiding (in the following text, I shall generally follow Vallory in using “Scouting” to refer to both). The books by Lord Baden-Powell that form the basis of our movement even today are, however, not about modern Scouting and they need to be read with an eye to adapting what is said to the where the Movement is today.

Vallory’s book takes its outset in precisely that: where Scouting and the Scout Movement is today; combining a deep respect for the history of the Movement with a good understanding of where we are today and a keen eye for the challenges our Movement is facing and where we may find solutions.

World Scouting: Educating for Global Citizenship is divided into three parts. The first part deals with the history of World Scouting; the second part is about the ideology of the Scout Movement (WHY and HOW we do Scouting today) and how Scouting is organised in the two world organisations; and the third part deals with the citizenship education of the book’s sub-title.

In the first part of the book Vallory sets out by outlining the starting point of Scouting in a specific British Imperial context, tracing the evolution of Scouting until the 1920 formal establishment of the international organisation as the beginning of World Scouting.

The establishment of a democratic international organisation for World Scouting does, of course, not mark an abrupt change in the values and methods of Scouting, but it is nonetheless an important milestone, and a practical marker in discussing the changes that did occur in this period, as Scouting became World Scouting under the guidance and leadership of Lord Baden-Powell (B-P). Vallory describes the evolution of World Scouting, following this up with an overview of censuses of the World Movement.

The second part of the book focuses on the international Scout Movement as it is today, represented by the two world associations that organise all Scouting world-wide. Vallory first sets out the fundamentals: the definition of Scouting and Guiding, the Purpose and Principles explaining WHY we do Scouting, and then the Method of Scouting describing HOW we do Scouting.

The method is then discussed in more detail, emphasizing the educational impact of the method, and its highly intuitive nature. In this section Vallory also gives an introduction to some of the results of modern cognitive science that support the value of the Scout Method as an educational approach, emphasizing that the Scout Method is superior to the traditional industrialist classroom in terms of getting the young people to learn – a difference that B-P described as the difference between educating the Scouts and instructing them. In this section one can sense that Vallory is more engaged with his subject: the application of a theoretical framework to assist the reader’s understanding, and the contagious enthusiasm for the understanding of why the Scout Method is so good at creating a conducive learning environment for young people are evident in this part of the book.

The discussions of Scouting’s learning environment are followed with a discussion of the organisation of the Movement. Here the balance that is achieved between the concepts of a movement (suggesting a very loose network structure) and an organisation (suggesting a more hierarchical structure) is investigated, with an emphasis on the ability of the Movement to ensure both the dynamics of a movement and the unity of purpose, values and method that is more characteristic of an organisation. The importance of the two world organisations and of their monopoly on characterising Scouting and Guiding world-wide is stressed in a chapter on the recognition policy, where it is again clear that Vallory is feeling strongly the importance of the unity of the Scout Movement lest it loses its good name due to abuse by groups, whether local, national or even transnational, that are not recognized, nor recognizable, by any of the two world organisations. Scouting, in order to remain Scouting, must also remain one thing.

In the third part of his book, Vallory discusses the citizenship education that is a part of B-P’s original aim with Scouting (B-P even sub-titled his foundational book, Scouting for Boys: A Handbook for Instruction in Good Citizenship). Looking at the subtitle of Vallory's book and on the page counts (this part takes up 58 pages against the 44 and 54 pages of the earlier parts), it is immediately evident where Vallory’s focus lies. This is also evident from the theoretical apparatus that he brings to bear on the question, starting with a highly enlightening summary of approaches to citizenship and to citizenship education, and in the way this apparatus is used to assist the reader in understanding the subsequent discussions of the concept of citizenship inherent in Scouting and of Scouting’s approach to citizenship education.

A discussion of some of the issues that can be divisive to the Scout Movement (both between WOSM and WAGGGS, but also internally between various cultures) illustrate how these are all tied up with the concept of citizenship in Scouting.  Some of the issues that Vallory discusses are the degree of active advocacy by the organisations of Scouting (as opposed to the scouts as individual citizens); the conflicts between Boy Scouting and Girl Scouting in the US, the relationship of Scouting to religious organisations, and the weight between obedience (mentioned in the Scout Law) on one side and critical thinking and individual judgement (emphasized by B-P) on the other.

This leads Vallory to a discussion of the synergetic double emphasis on local and global citizenship that is a characteristic of Scouting, and of Scouting’s stress on peace, human rights, and community development as positive values, and in the close relationship between Scouting and international institutions and organisations, spearheaded by B-P in his embrace of the inter-war period’s League of Nations (it was entirely new to me that B-P tried to make Scouting a youth organisation of the League of Nations).

The book is based on Vallory’s Ph.D. thesis in political and social science, and though my own field is in the natural sciences, I never felt that Vallory let his readers get out of their depth. The academic theories that are discussed in the book are explained so as to allow an un-schooled reader to grasp the concepts and instead of being an obstacle the theory helps provide a framework for the understanding of the subsequent discussions.

However, it still did take me somewhat longer to finish the book than is usual for me with a book in English, but this was not because it was difficult. Rather it was because I found myself engaging so strongly with the book at every turn that I was unable to move forward until I had thought through the point in question, and considered its applicability to my own particular experiences and situation in Scouting … often I would realize this when I had read on for a couple of pages only to discover that nothing of what I had just read had actually registered – I had been too busy engaging with an earlier passage to take in the new stuff as I tried to read on.

As a man of the natural sciences working regularly with statistics, I would of course have loved to see a more rigorous statistical discussion of the census data, but I realise that this would be completely extraneous to the point that Vallory is trying to get across.

All in all, this is the book that I wish I had had when I started out as a Scout leader many years ago, but which I now feel will help me be a better Scout leader – not through practical tips and tricks, but by giving me a far better understanding of some of the key goals of the Scout Movement, and of how the Scout Method actually works. 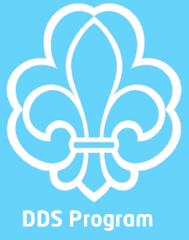